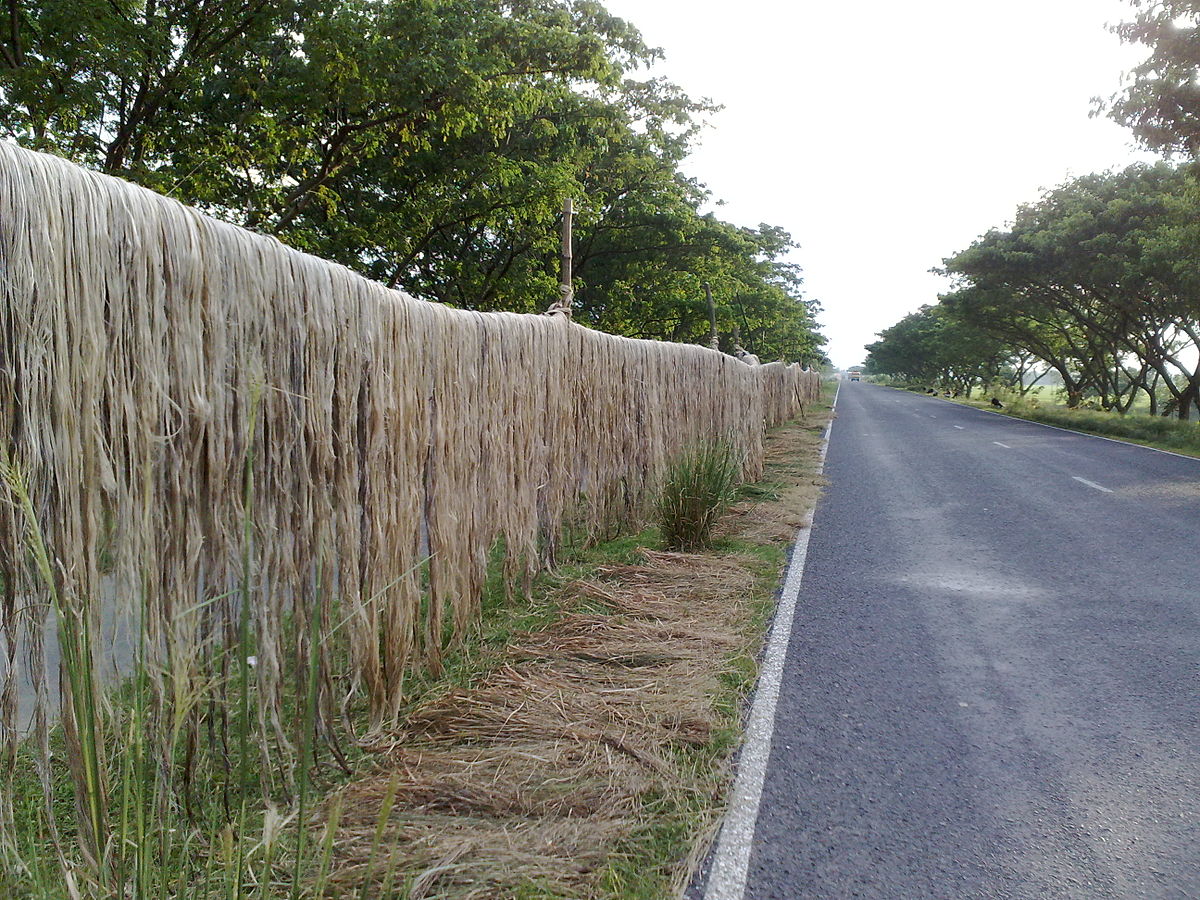 The jute trade is centred mainly around Bangladesh and the Indian State of West Bengal. The major producing country of jute is Bangladesh, due to its natural fertile soil. Bengal Jute was taken to Europe early in the 17th century by the Dutch and the French and later by the East India Company to Britain. By the 1790s a much larger trade had developed in the Scottish city of Dundee, the European home of jute spinners. Introduced to the British by the East India Company, crude fibre was the bulk still exported from Bengal after 1790, but a thriving trade did not really begin until after 1850 through mechanised processing, to meet rising demand. Raw jute was imported from Bengal by the British East India Company. British Jute Barons grew rich processing jute and selling manufactured products made from jute. Dundee Jute Barons and the British East India Company began to set up jute mills in Bengal and by 1895 jute industries in Bengal overtook the Scottish jute trade. Many Scots emigrated to Bengal to set up jute factories. More than a billion jute sandbags were exported from Bengal to the trenches during World War I and even more during WWII and also exported to the Americas, especially the United States southern region to bag cotton and coffee. It was used in the fishing, construction, art and in the arms industry. India, China, Thailand, Myanmar also produce Jute in low quantities. India is one of the largest importers of Jute in South Asia and also produces processed jute products in the world, while Bangladesh is the largest producer and exporter of raw jute. Therefore, the local price of raw jute in Bangladesh is the international price. Ironically, the local price of jute goods produced in India set their own price.

As an input to the jute manufacturing (goods) industry, the supply for jute is derived from the demand. Nearly 75% of jute goods are used as packaging materials, burlap, gunny cloth, (hessian), and sacks. Carpet Backing Cloth, the third major jute outlet, is fast growing in importance. Currently, it consists of roughly 15% of the world's jute goods consumption. The remaining products are carpet yarn, cordage, felts, padding, twine, ropes, decorative fabrics, and heavy duty miscellaneous items for industrial use.

The British East India Company was the British Empire Authority delegated in Bengal from the 17th century to the middle of 20th century. The Dutch and the French were the first jute traders. The company began trading mainly in raw jute during the seventeenth and eighteenth century. The United Kingdom's brought new purpose to the jute industry. From the mid 19th century, the company started trading raw jute with the United States, Europe and other countries. The Scottish city of Dundee's jute factories injected new blood to the industry. This company and later the British Empire had monopolistic access to this trade during that time. Jute factories were set up around the areas where it mainly grew, Bangladesh. This company later was also responsible in setting up a formal small jute industry in the state of West Bengal in India.

Being a major player in the long history of jute trade and having finest natural fibre, Bangladesh has always had an advantage in raw jute trading. Bangladesh is still the largest producer and exporter of raw jute in the world. After the separation of Bangladesh (East Pakistan) from Pakistan in 1971, the jute trading was not limited to specific groups like India or Pakistan. After the independence of Bangladesh, most privately owned jute mills were nationalised under the socialist policies of the Awami League government.

Later, to control these jute mils in Bangladesh, the government built up Bangladesh Jute Mills Corporation (BJMC). No other jute mills were allowed to grow in the private sector before 1975. After Ziaur Rahman became Bangladesh president a new age dawned upon the Bangladesh jute industry. This incident grew many raw jute traders from different corners of Bangladesh who used to supply raw jute to BJMC owned jute mills. This group of traders are called Beparis, who buy raw jute directly from the farmers.

Bangladesh Jute Mills Corporation (BJMC), a public corporation in Bangladesh, is the largest state owned manufacturing and exporting organisation in the world in the jute sector.

BJMC owns and operates a number of jute mills around Bangladesh:

Jute cultivation and jute trade in Bangladesh are sectors where significant incidence of child labour has been observed and recorded in the 2014 TVPRA List issued by the Bureau of International Labor Affairs.

Tata and Birla are the two major business giants in India, that largely due to its jute trade began to grow. Both these industrial groups produced immense wealth trading in this fine fibre from Bengal and their first business was trading in jute from Bengal. Between them, the Birla family was a Marwari family along with Mittal and Bajaj. The latter two families also had jute as their major business in their business line.